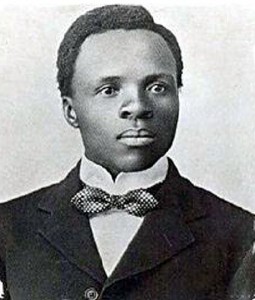 Solomon Tsekisho Plaatje was a politician, journalist, human rights campaigner, novelist and translator at the turn of the 19th century – one of the most gifted and versatile black South Africans of his generation.

Plaatje devoted his many talents to one overriding cause: the struggle of the African people against injustice & dispossession.

Plaatje was a founder member of the African National Congress in 1912.

He was the first black South African to publish a novel in English (Mhudi) and to translate Shakespeare plays into Setswana. He was also one of the most influential of early African newspaper editors and the first person ever to record Nkosi Sikelele i Africa.

Plaatje devoted his many talents to one overriding cause: the struggle of African people against injustice and dispossession during the second half of the nineteenth and the early part of the twentieth century, that saw the country of his birth transformed from a colonial backwater into an industrial state.

Native Life in South Africa, a scathing indictment of the Natives Land Act of 1913, one of the most far reaching pieces of legislation in South African history, is one of South Africa’s greatest political books and represents the political views of a past generation of African political activists.

Mhudi was the first novel in English to be written by a black South African. The choice of language and a historical setting indicated a political agenda in writing the book: to refute the common fallacy of black people being “uncivilized” and at the same time to present a serious indictment of segregation in general and land distribution in particular.

Plaatje was the first known black person to keep a diary during a protracted war. While working as a court interpreter in the office of the Civil Commissioner and Magistrate during the siege of Mafikeng, he wrote his Boer War Diary, that was only discovered many years after his death. His diary of the events is a valuable historical document, unique in its presentation of an African perspective.

Plaatje was very much preoccupied with the preservation of the Setswana language. He compiled the first Setswana phonetic reader titled A Sechuana Reader, a bilingual collection of Tswana folklore in collaboration with a well-known linguist, Daniel Jones, during his first trip to England. Plaatje also collected Setswana proverbs producing Sechuana Proverbs with Literal Translations during the same period.

During his stay in Mafikeng he would begin his career as journalist, when he became the part-owner and editor of Koranta ea Becoana (Bechuana Gazette). He went on to become one of the outstanding pioneers in the field of African journalism in South Africa.

Plaatje would own and edit two more newspapers in Kimberley where he went to live when Koranta foundered, Tsala ea Becoana (Bechuana Friend) and Tsala ea Batho (The Friend of the People).  Although he lost these too, they were important platforms on which he would campaign for the rights of his people. In the last years of his life he carried on with this kind of campaign by becoming a prolific letter writer; these letters were published in the major newspapers of the time.

Solomon Tshekisho Plaatje died at Pimville in Johannesburg on 19 June 1932 and was buried in the West End Cemetery in Kimberley on 22 June 1932. His grave was declared a National Monument in 1998. The home where he lived for the last few years of his life in Kimberley, 32 Angel Street, was declared a National Monument in 1992.[1]