It has been a long journey, filled with hundreds of letters and stories, one that has been exciting and challenging and we are finally at an end.

The announcement of the winner is particularly pleasing for us because it so happens that she is not only deserving of the prize given the quality of her work, but we also believe that it will offer opportunities to her that she might not have easily had otherwise. Nevertheless, it is a decision that was difficult to make, given the quality of our top thirty letters.. There was wide debate as to the literary value and craftsmanship of our top letters, and we read each letter several times as carefully as possible.

As such, the winning letter stood out not only for its craftsmanship, but for its compassion and its verisimilitude in crafting courage in the face of depravity and cruelty. It is enriched by its historical cadence and attention to detail. It uses the horror of Auschwitz not for cheap shock, but to show the mettle of the human spirit. It is at turns defiant, raging and heartbreaking. It is these qualities which helped this particular letter stand out.

Congratulations to Christina Brazzale, who hails from the Eastern Cape! We look forward to following your academic journey from next year onwards.

To all those who entered – we cannot adequately express our gratitude for the time you took and the work you put in to so many wonderful letters. Right now we need to hold on to a large number of them as we decide on the final letters which hopefully will feature in an anthology that we will make available some time next year.

It has been an honour reading your work, and we look forward to seeing many of your names in our anthology  next year.

Yours in the celebration of letter-writing,

Christina’s letter is reproduced in full below. 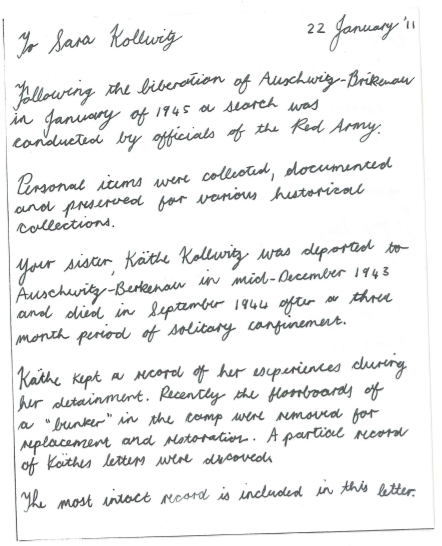 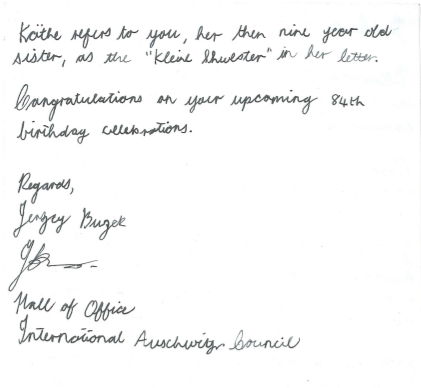 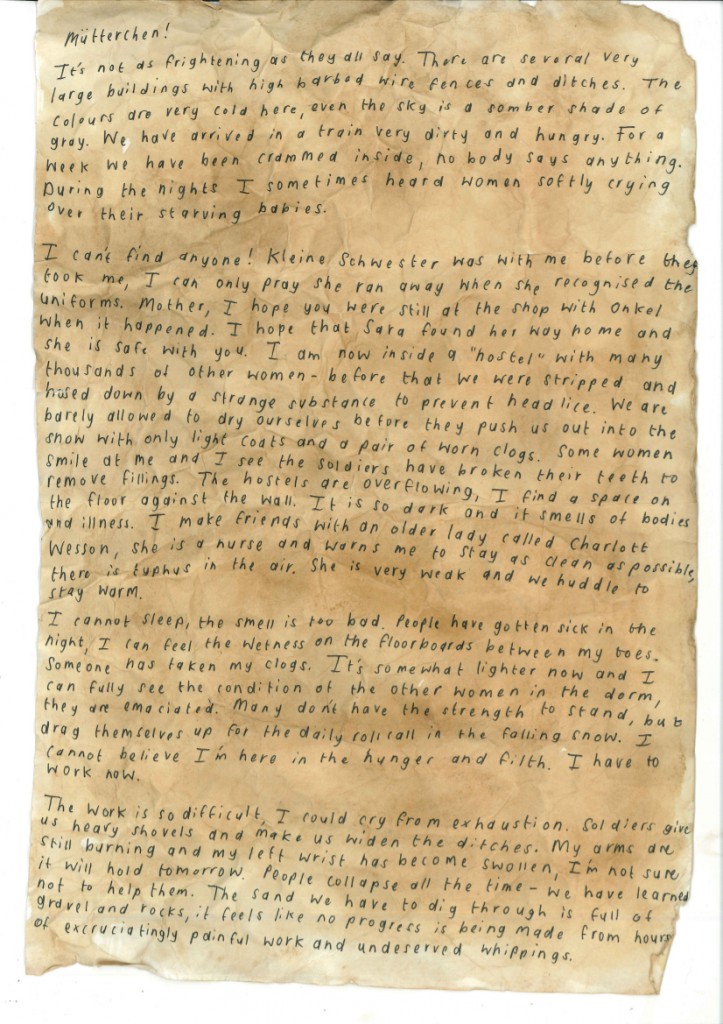 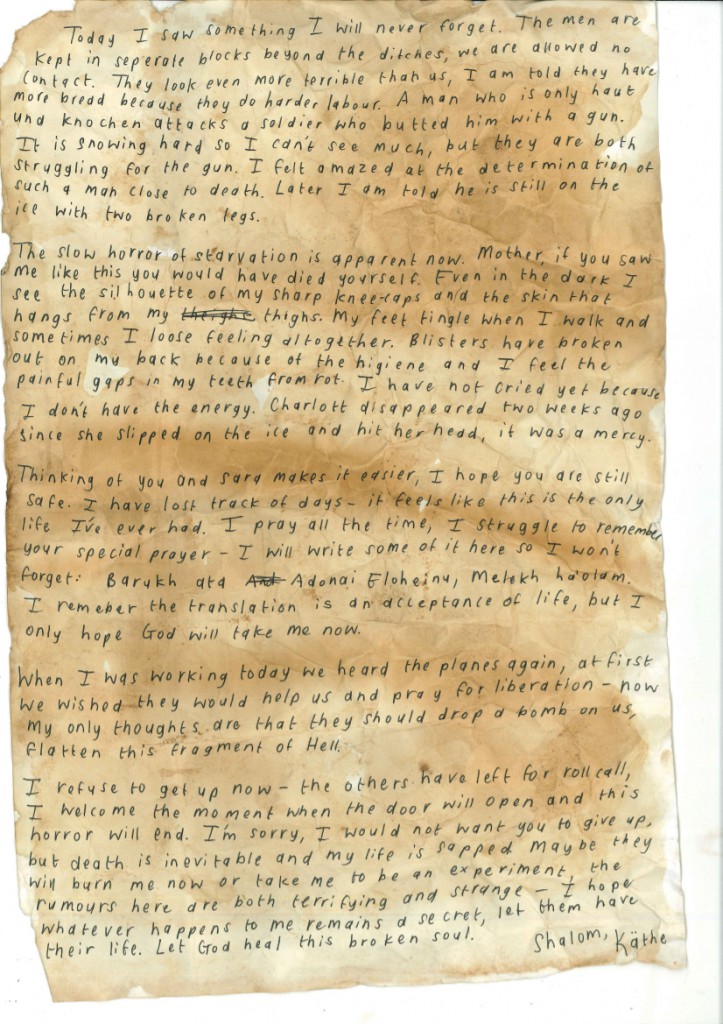