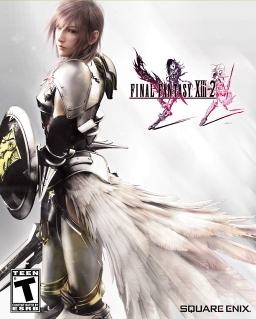 As an improvement to Final Fantasy XIII, Square Enix has released a follow-up called Final Fantasy XIII-2. Anyone serious about gaming might call Final Fantasy the ultimate JRPG (Japanese Role Playing Game). Critics of Final Fantasy XIII complained that the storyline was too linear and that it lacked mini-games and side quests associated with some of its prequels. In FFXIII, the player did not have an open world to explore and you had to play 25 hours in the Cocoon world before being able to explore the open-world of Pulse. But Square Enix has changed all of that in FFXIII-2. Now players enjoy a new level of freedom in a more open-ended structure with new side quests, items and mini-games. 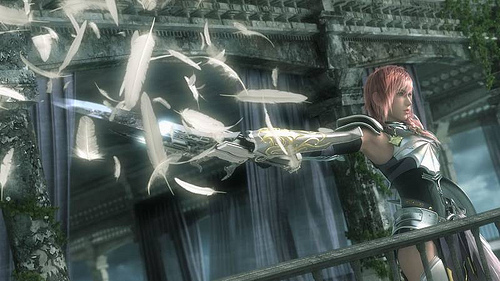 The other major difference between FFXIII and FFXIII-2 is the plot. The latter demands that you to know what happened in the prior. The story is set in Pulse world and follows a character called Lightning who suddenly disappears, but nobody seems to notice. Serah and Noel team up to find Lightning using mysterious portals to leap through space and time. Instead of playing with Lightning as the main character, you now play with Serah and there is a considerable contrast when it comes to their personalities.

Similar to Final Fantasy XIII, the game uses an Active Time Battle system and makes use of the same Paradigm Shift system we got know in Final Fantasy XIII. As an additional feature, players can now control the difficulty of a battle to some extent with the new Cinematic Action. A monster that assists the player in battle also accompanies every character throughout the game.

FFXIII-2 was released in Japan in December 2011 with positive reception. During that month it rapidly became the fifth bestselling game from Japan in 2011.

Get Final Fantasy XIII-2 for PlayStation3 and XBOX 360 :

Get Final Fantasy XIII for PlayStation 3: