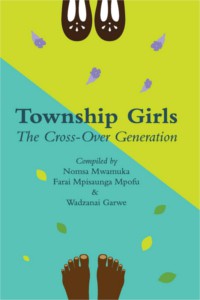 Q1: Can you tell us a little about the book?

A: [Nomsa Mwamuka]: This anthology documents the experiences of women who lived through a time of transition from colonialism to independence. The setting is largely Zimbabwe from the seventies – war years, to the eighties – the heydays of independence and of course till now. The stories are expressions of emotional, psychological, spiritual and personal change set against the backdrop of the social, cultural and political milieu of these times. Written in first-person narrative, the authors tell their own stories. There are reflections, memories, odes to forebears, parents and mentors and acknowledgements of current achievements. Most importantly, though, these stories document elements of Zimbabwean, Southern African and African history and will serve as an inspiration to future generations.

[Farai Mpofu]: The contributors to this literary work share something not previously discussed or honed into an anecdotal account of what it meant to grow up in Rhodesia, and to experience the transition to black rule in Zimbabwe. With the benefit of hindsight, this anthology offers a personal glimpse into events, and decisions made by parents and guardians, which moulded this unique cross-over generation. It also pays tribute to the older generation, without whose wisdom, resilience and foresight, we would not be what we are today.

[Rutendo Hadebe]: For me, the word ‘transition’ represents fundamental personal change and circumstances. Thus, I returned to my childhood and tried to share the many ambivalences, conflicts and understandings that I associate with Zimbabwe’s political transition. While for many the signifier was the ecstatic crowd of a hundred thousand people that welcomed Robert Mugabe on his return to Harare from exile in Mozambique, on 26 December, 1979, mine is a little different. My notions of the transition do not begin in 1980 when ZANU-PF and Robert Mugabe came to power but rather when a Methodist Bishop became the Prime Minister of the country with a ‘surname’, Zimbabwe- Rhodesia in March 1978. It was during this critical period that my life took a drastic turn and I experienced transition of my persona, society and nation.

[Wynne Musabayana]: When I got the invitation to contribute a piece for this anthology, I thought: ‘What a great opportunity to reminisce over my youth’ while paying tribute to the two people, my parents, who gave everything to provide me with a firm foundation in life! She paints a vibrant picture of growing up on the copper mines:

Our friends were a cosmopolitan bunch; Manyika, Karanga, Zezuru, Korekore, Ndebele, Shangani, Ndau, Chewa, Nyanja, Zulu, Sotho, Bemba, coming as they did from Zimbabwe, Zambia, Malawi and South Africa. A world which prepared her to be an ‘international citizen’ though she didn’t know it at the time.

[Isabella Matambanadzo] My contribution is prepared for a series of stories of Zimbabwean women who were born and raised in the country’s ghettos. For its preparation, I have reviewed various family historical records and photographs in my custody. In the tradition of oral storytelling which is part of my inheritance, I have listened to assorted accounts of our family stories as told by my uncles Edmund and Francis Matambanadzo, my aunt, Ronia Kahari and my mother. I have also re-visited various places in Zimbabwe to establish as accurate a record as possible. I am indebted to my brothers for their collective remembering of certain key events. I have also relied heavily on records housed at the National Archives of Zimbabwe. In addition, I have utilised school reports and records, and raw interview notes that were generously availed to me by Volker Wild from his research in the 1990s on African entrepreneurs in Zimbabwe. To the best of my ability I have relied on the reservoir of my memories to create an authentic record.

[Xoliswa Sithole]: When I was first asked to contribute to this book I was conflicted because I did not think that I could write a decent piece. As an artist who values honesty and openness, how was I going to write about my wayward, wonderful and glorious life and at the same time pay homage to a country that raised me and grew me? How also, and most importantly, was I to pay tribute to a mother who knew that there had to be something better than apartheid, even though it was still Rhodesia when we arrived in Zimbabwe in 1969?

For [Tambu Muzenda], her reflections provide a personal exposition of a life straddled between the rural areas and townships of Mabvuku and Tafara. She reminisces about her youthful sense of what sex and sexuality meant and considers the prevailing attitudes around HIV/AIDS. She remembers life with the nuns – ‘Missionaries and modernisation yani?’ – in a context of traditional customs and practises around life and ultimately death. It is an intimate story written largely in Shona, interspersed with English.

The narratives are as much individual biographies, as they are stories of a country. The question is: how do we harness these experiences, to inspire a desire for change, to make a better future for our country and the continent as a whole?
Traditionally we say, paivapo! To which the response is: dzefunde! May you enjoy the stories.

Q2: Zimbabwe has a history of prolific writing over the years, can you tell us about the culture of storytelling in Zimbabwe?

[Farai Mpofu]: My comments are more anecdotal and from my own experience. Like the rest of Africa and other parts of the world, Zimbabwe has a strong oral storytelling tradition. Stories were told to preserve events in the memories of listeners, to educate and impart knowledge, to entertain and other purposes. Storytelling was the preserve of a few with the traditional, cultural, social and intellectual standing to do so, with some aspects of this custom being handed down from parent to child. This tradition is not dead, but it has naturally been nudged aside by rising literacy and access to books and other technological repositories of stories. Audiences have become more demanding and many distractions compete for the attention of that audience.
Mobility and exposure have also provided alternative views of the world, some which question the single view offered by oral stories which are located in a particular tradition and therefore genre.

Books have been part of Zimbabwe for decades; their availability predates Zimbabwe and goes back to the late 1800s when the country was first colonised. So only the ability to read stood in the way for one who was keen to see what was contained therein. Missionary education bolstered literacy rates meaning anyone who could read and write could now begin to keep records of their personal and communal stories. Furthermore, Africans were beginning to access higher learning at home and abroad, which saw the widening of horizons and perspectives. I studied Literature at university and a large component of my course was dedicated to African and then Zimbabwean writers. That was my true introduction to what had been achieved in a relatively short space of time by local writers – most of whom were men.

The arrival of Bertha Musora, Tsitsi Dangarembga, Virginia Phiri and now the wave of younger writers began to change the writer gender dynamics in Zimbabwean literary output. Today, there seems to be a greater number of women writers, perhaps it is a perception that has been fuelled by their books being profiled in media and their increased arsenal of accolades they have amassed globally – it’s all very exciting! Zimbabwean writing spans many languages and many dialects and covers a broad spectrum of experiences: from rural to urban living, politics and diasporic experiences.

Q3: How was the process of collating so many stories; how did you get to the final cut?

[Farai Mpofu]: The collection was not inundated by contributors, ours was a gradual process. It took time and patience to arrive at the number of contributions we settled for. The contributors are women who had vivid recollections of growing up in the 60/70/80s, they lived all over Zimbabwe, and in the diaspora, they come from varied professional backgrounds and occupy an eclectic mix of geographical, commercial and ideological spaces: all of this made for an exciting body of work which manifested itself as Township Girls. As with any collaborative project, there were many highs and lows! We committed to a publishing process with Weaver Press and we are all proud of the collective efforts that have ensured that a unique repository of Zimbabwean women’s stories now exists.

Q4. How’s the literary scene in Zimbabwe today and how different is it from the cultural heydays of the 80s?

[Irene Weaver of Weaver Press]: Zimbabwe has more than its share of fine writers, many of whom are celebrated internationally, and they represent both the first and second generation of writers post-independence. We can mention literary stars such as Charles Mungoshi, Shimmer Chinodya, Dambudzo Marechera, Tsitsi Dangarembga, NoViolet Bulawayo, Petina Gappah, Brian Chikwava, Yvonne Vera.
Looking at the first generation however, with the exception of Shimmer Chinodya, most of their titles are now out of print in Zimbabwe and of the second generation, most writers are now first published in the West. The main reason for this is that writers are celebrated in name, but more rarely read, and very rarely bought. Book-buying in Zimbabwe is at an all-time low, and while the main reason may be economic, it is not exclusively so. And, if the main market for books, the one that has kept publishers afloat, over the last two difficult decades, has been the education market, this is now undermined by rampant photocopying.

Local writers, who continue to publish new work within the country struggle to be heard. The two bookshop chains that provided an important outlet for locally published and other books in the eighties have ceased to exist. Libraries have generally been neglected. When people want to buy books about and even from Zimbabwe, they often do so through Exclusive Books in South Africa and or order overseas.

However, the myths surrounding publishers, who are often mistaken for printers, remain. It is so often assumed that once a book is published, it will sell like hot cakes, even by young writers who never themselves buy books. The connection between the dependency on publishers for their very survival on book sales, and the absence of market, is not made. It is possible, even likely, that independent publishers who are not publishing textbooks will cease to exist. Will this matter? Perhaps not, as many young writers in Zimbabwe now self-publish, and indeed we encourage them to do so.

Finally, within this generally rather bleak picture, one can find some small signs of hope or metamorphosis. The renewed culture of hosting literary events can and will create a buzz that can translate into a growth in book sales if it can be sustained. Without the continuing support of library sales, or dynamic literary events such as book fairs, launches remain not unlike islands in a troubled sea.