Revivers are able to wake the recently dead… 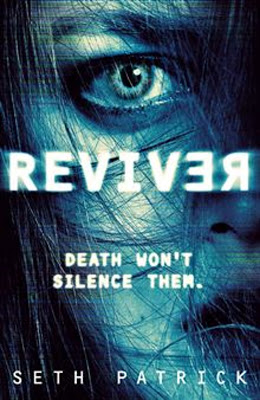 e death of his mother twelve years earlier, where his ability first came to light. Having just returned to work after a long absence, he is called to a crime scene to revive a recently departed victim. After the successful revival, he is plagued by the sense of something ominous and has the feeling that “something is watching and waiting.”

His superiors say it is all in his mind…or is it?

Daniel Harker was the first journalist to publish a biography and bring Revival to light. He is found murdered twenty-five days after disappearing, a few days before his daughter, Amanda Harker, is due to arrive from London for her annual visit. The Forensic Revivals unit is called in, and Jonah is the best man for the job.

After the revival of Daniel, Jonah is plagued with memories and feelings that are not his own: it is as if a part of Daniel has stayed behind and will not rest until the crime has been solved. An unlikely partnership is formed, and together with Amanda and Jonah’s best friend, Never Geary, they hunt for answers and discover hidden truths that could put humankind as we know it in danger.

Biotech is a scientific company funded by Michael Andreas, who has been behind Revival since the beginning. He has discovered that there are thirteen peaceful beings that wish to cross over to our side and share knowledge long forgotten, but need the help of willing revivers as they are the only ones strong enough to withstand the transition. Having successfully resurrected thirteen willing revivers, and completed the transition of twelve, it is now Michael’s turn to be the final participant. But the peaceful being is not the only thing to cross over and occupy his body: something else came through. Its plans are far from peaceful…and it goes by the name of Legion.

For lovers of crime and paranormal, this is the perfect book. If you read Through Violet Eyes by Stephen Woodworth, you will love this novel.

For me it was an incredible read with well-rounded characters and easy to follow story line, with some creepy elements that leave you wondering if this could really happen…and page turning, nail-biting parts that leave you wanting more.

Win one of five signed hardback copies of Reviver! To enter, all you have to do is list the name of your favourite thriller below to enter. You can enter as many times as you like

23 Responses to Review of Reviver by Seth Patrick – Win 1 of 5 signed copies!