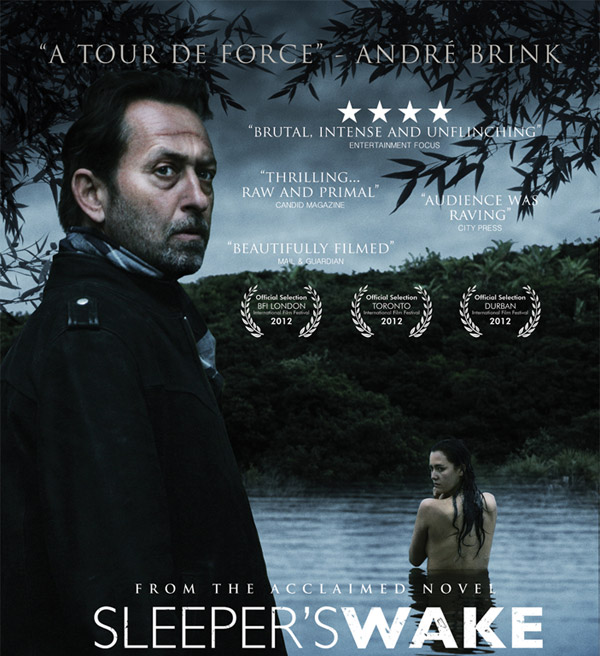 The ‘sleeper’ theory came out of a series of psychological experiments that tried to prove that even ordinary people have a capacity for extraordinary cruelty. This ‘sleeper’ stirs from within us when we are placed in situations that are either frightening or that disassociate us from reality.

In many ways each character in Sleeper’s Wake is waking up to a certain reality.

John Wraith regains consciousness in hospital with a mind awash with drugs and amnesia, a huge scar is stretched across his forehead. He wakes up to the aftermath of a motorcar accident in which his wife and daughter died  because he fell asleep at the wheel.

To heal and find solace he goes to Nature’s Cove, a coastal settlement in South Africa where most of the holiday homes are boarded up and left empty over the winter months. It is here that John comes across a teenage girl, Jackie, weeping softly in a boat outside a chalet.

Despite Jackie’s father’s watchful eye and the ominous presence of Dirk, a gun-toting security guard who wants Jackie to marry him, John and Jackie are drawn toward one another. He, the middle-aged grieving widower and she, the Lolita wise beyond her years are united in their grief and guilt for the death of a loved one.  And despite the peril of being discovered, John and Jackie consummate their relationship with dire consequences.