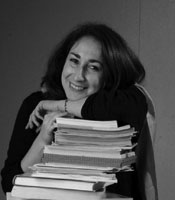 History . Arja Salafranca was born in Spain to a Spanish father and a South African mother. Salafranca has lived in South Africa since the age of five. In 1993 she earned a degree in African Literature and Psychology from the University of the Witwatersrand. Her fiction and poetry has been published in a number […]

History . Edyth Bulbring is a seasoned journalist, former political correspondent and news editor for the Sunday Times.[1] Bulbring is the author of two children’s novels: The Summer of Toffie and Grummer and Cornelia Button and the Globe of Gamagion published in 2008. She also published a young adult novel titled The Club in 2008. […]

From Guardian.co.uk: Maeve Binchy, one of Ireland’s best-loved writers, has died after a short illness, aged 72. The books of Binchy, a former journalist, sold 40 million copies and were translated into 30 languages. Her novels included Circle of Friends, which was adapted into a 1995 film starring Chris O’Donnell and Minnie Driver. Her novels […]