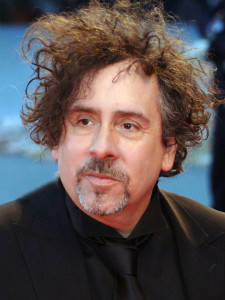 Bizarre yet mainstream: Tim Burton’s career has been marked by the ability to create movies that are strange and curious but remains just inside the realm of the mainstream. This year, Burton will be releasing three new films and is planning more exciting projects for 2013 and beyond.

Set to be released in May, Dark Shadows will see Johnny Depp in another Tim Burton film. Burton has used Depp to portray the characters of his movies time and again – from the first time when Depp played Edward Scissorhands in 1990 followed by roles in Ed Wood, Sleepy Hollow, Sweeny Todd and Alice in Wonderland.

Dark Shadows is based on a 1966-1971 gothic soap opera that follows Barnabas Collins, a wealthy playboy who breaks the heart of a witch. In an act of revenge, the witch turns him into a vampire and buries him alive. Barnabas is freed from his coffin in 1972 and returns to his now derelict mansion only to discover it newly occupied by his dysfunctional descendants.

Abraham Lincoln:Vampire Hunter, set to be released in June, is said to feature numerous historical parts of the American Civil War combined with some great scenes of vampire hunting. The movie is based on the novel with the same title by Seth Grahame-Smith, a mash-up between D.W. Griffith’s book Abraham Lincoln and F.W. Murnau’s film Nosferatu. The movie will star Benjamin Walker, Rufus Sewell and Dominic Cooper.

President Lincoln’s mother was killed by a supernatural creature, which fuels his passion to crush vampires and their slave-owning helpers

Frankeweenie 2012 is a remake of the 1984 version by Tim Burton. It is a 3D black and white stop motion-animation set to be released in October.  Frankeweenie is a parody of the 1931 movie Frankenstein and follows the character Victor who, after losing his pet dog Sparky, tries to bring it back to life using the power of science. The result of a successful experiment is what Victor tries to conceal, but Sparky gets out and causes havoc.

Other films by Tim Burton