We have two lovely book giveaways happening for the month of September!  To win a copy of either Burial Rites by Hannah Kent or Confessions of a Sociopath, simply send an email to features@exclusivebooks.co.za to enter! 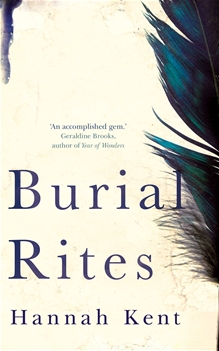 In northern Iceland, 1829, Agnes Magnúsdóttir is condemned to death for her part in the brutal murder of her lover. Agnes is sent to wait out her final months on the farm of district office Jón Jónsson, his wife and their two daughters. Horrified to have a convicted murderer in their midst, the family avoid contact with Agnes. Only Tóti, the young assistant priest appointed Agnes’s spiritual guardian, is compelled to try to understand her. As the year progresses and the hardships of rural life force the household to work side by side, Agnes’s story begins to emerge and with it the family’s terrible realization that all is not as they had assumed. Based on actual events, Burial Rites is an astonishing and moving novel about the truths we claim to know and the ways in which we interpret what we’re told. In beautiful, cut-glass prose, Hannah Kent portrays Iceland’s formidable landscape, in which every day is a battle for survival, and asks, how can one woman hope to endure when her life depends upon the stories told by others?

M. E. Thomas is a high-functioning non-criminal sociopath. She is charismatic, ambitious and successful. You would be charmed by her if you met her, might even be seduced by her. You would not realise that she is studying you to find your flaws, that she is ruthlessly manipulative, has no empathy and does not feel guilt or remorse. But she does like people – she likes to touch them, mould them and ruin them. She could be your friend or your boss. She could be you …Now she writes with breathtaking honesty about her life. She also draws on the latest research to explain why at least one in twenty-five of us are sociopaths – and shows why that’s not a bad thing. By turns fascinating, shocking and funny, Confessions of a Sociopath is a gripping insight into the mind of a self-confessed predator.

One Response to Win with Cover to Cover this September!