A little over a month ago I interviewed Exclusive Books’ CEO Benjamin Trisk. He’s an amusing lunch and dinner partner and sniffs out good wines like a hungry terrier. But it wasn’t the wines or the food that interested me on this occasion. It was literature.

Specifically, it was a conversation I’ve been waiting to happen for at least the last five years, ever since something momentous took place with African writing across the continent. It’s difficult to explain how these things occur. It’s a movement of air, an unfurling leaf, a shiver in the sand that sparks something so natural you wonder why it took so long to ignite. I think it is because the time just wasn’t right.

It certainly has been right across the Atlantic where the wondrous Toni Morrison wrote Beloved, Maya Angelou I Know Why the Caged Bird Sings, James Baldwin Go Tell It on the Mountain and so many more classics. Of course, this side of the Atlantic, we had Ngũgĩ wa Thiong’o (may he win the Nobel Prize for Literature this year, finally), Ben Okri, Zakes Mda and the literary god that is Chinua Achebe. But it is to the younger writers that we have to turn and this is where my excitement is even bubblier than, say, a bottle of Krug.

And here they are, in a substantial booklet freely available, Trisk tells me betwixt a starter and lemony porcini trembling on a plate, on Exclusive Book counters nationwide and crammed with writers across the continent. We start outdoing each other with name dropping. Chimamanda Ngozi Adichie, NoViolet Bulawayo, Petina Gappah, Nthikeng Mohlele, Masande Ntshanga, Helen Oyeyemi and so many others we have to hold tight and savour.

For me, the Pan-African Writing Catalogue, produced by a team that needs saluting, is a treasure trove from Sol Plaatje to Aminatta Forna and back again. Please, please take it home and work your way through it. This is a wind that will turn into a hurricane, and I want to be part of it. So, I hope, do you. 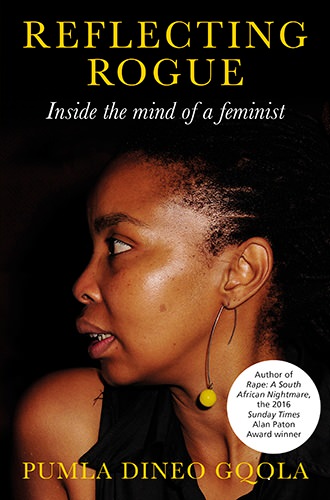 Having said that, Reflecting Rogue by the formidable academic and writer Pumla Dineo Gqola is a book that has no barriers and holds true beyond our continent. It is a non-fiction scream into the life and times of a feminist (who won the Sunday Times Alan Paton Award 2016 for her searing Rape: A South African Nightmare).

Why you’ll enjoy it:
It’s been described as a mesmerising collection of autobiographical essays on societal pressure, power, pleasure and the intricacies of South African culture. She held a significant audience in the palm of her hand when the book was launched a couple of weeks ago, hanging on each carefully uttered word. The book is provocative and meditative, whether you agree with her or not. The content delivers from beginning to the end. I mean who could resist a chapter titled Winnie, Wambui, Wangari – on being difficult women? Or Living Like a Girl? On the beauty of feminist rage? 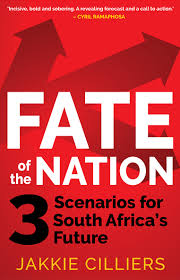 Staying local, simply because there is an inundation of note with books about our life, times and uncertain future, the book to firmly set where we are in the world in context is without doubt Jakkie Cilliers’ Fate of the Nation.

Why you’ll enjoy it:
Cilliers has developed three scenarios for our life and times: Nation Divided (downhill all the way), Bafana Bafana (mediocre and depressing) and Mandela Magic (we want this but it’s still a big mountain to climb). His text is lucid and to the point, the chapters clear and unsentimental, each scenario outcome and its impact modelled on the International Futures forecasting system. Chapter 4, on the ANC, is the heart of the book. It’s a great, informative and factual read. 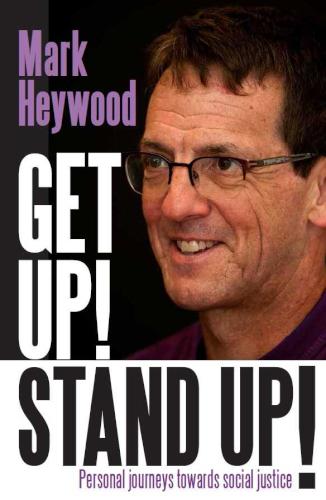 I don’t know anyone who doesn’t admire activist Mark Heywood. Those who know him personally describe him as remarkable and selfless. Redi Tlhabi, whose own new book will be with us shortly, notes that ‘he reminds us that we need not be famous, rich or powerful to make a difference. We just need to care’.

Why you’ll enjoy it:
This is no ordinary memoir. There’s Shakespeare and Samuel Beckett, there’s poetry running alongside the discovery of politics (in a chapter which blends Johnny Rotten, Leon Trotsky and Martin Legassick). There’s the battle around AIDS denialism and why civil disobedience is necessary and provocative, thoughtful chapters on trying to build an independent and effective civil society. In my mind, this book (Get Up! Stand Up! Personal journeys towards social justice) runs alongside Jakkie Cilliers and in any event I can’t resist books that weave Bob Dylan, surely one of the voices of our times, into the fabric of the narrative. 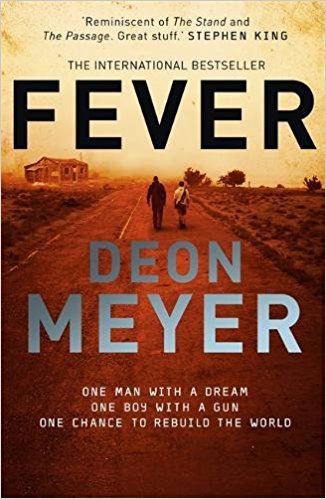 By now you are screaming for something lighter, so how about the end of the world as we know it? By Deon Meyer? It’s called Fever, it is just over 500 pages and there’s no Benny Griessel in sight.

Why you’ll enjoy it:
I scream when I’m told that a book is ‘a fine dystopian novel’ and cover my head with a pillow. But Deon isn’t known for letting people down and this fine, dystopian novel is a fantastic read. Most of the world dies of a fever. Those left over don’t know what to do with themselves or how to survive. In comes the gentle Willem Storm and his young son Nico. They set themselves up in a deserted Karoo dorp and start looking for a community to build. His research is meticulous, his reach impressive and as an accessible novel about a chaotic world waiting to be rebuilt, this is hard to beat. I didn’t falter once. Don’t miss this one.