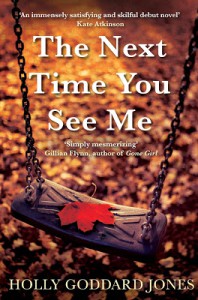 Roma, Kentucky is a small American town where nothing really happens. That is, until October 1993, when the peace of this quiet town is shattered.

Emily Houchens is a thirteen year old 8th grader at Roma Middle School; intelligent, yet withdrawn due to her weight. She also has a crush on Christopher Shelton, one of the popular boys, who fondly refers to her as “Freak”; a habit which her classmates emulate. To escape her unhappy existence she goes for long walks in the woods, where she is free to daydream.

On October 23rd 1993, that walk turns up a horrifying discovery. One which Emily decides she is going to keep secret.

Wyatt Powell has lived in Roma his whole life. Since his mother’s death, it’s just him and the dog in the old house.  After a night out with co-workers leaves him drunk and without a ride, he meets Ronnie, who offers him a lift home. He is the last person to see her alive.

Susanna Mitchel is an 8th Grade English teacher at Roma Middle School when she is not playing the role of wife and mother. No wonder a glass of wine is needed at the end of the day. It’s been a fortnight since she heard from her sister, Ronnie, who normally checks in once a week. Worried, Susanna decides to pay her a visit. When she arrives at her house, however, she discovers that Ronnie hasn’t been there for over two weeks.

Susanna knows something is wrong, but sadly Ronnie’s reputation doesn’t help her, and the local cops won’t take her disappearance seriously. Refusing to take no for an answer, she manages to rope in the help of an old friend and love interest, Tony Joyce, who also happens to be the new Police Detective. Together they embark upon an investigation of twists and turns in which nothing at all is quite what it appears.

Like no other crime mystery you have ever read, you find yourself drawn in from page one, each character possessed of a wholeness that is easy to relate to, like meeting an old friend. The story line is gripping, with lots of twists and unexpected surprises, and before you know it you are on the last page.

For fans of writers like Kate Atkinson; Karen Slaughter and Sophia Hanna