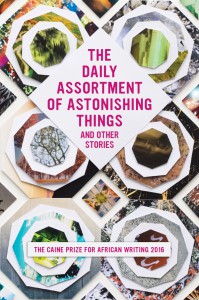 Lidudumalingani Mqombothi has won the Caine Prize for African writing, worth £10 000 (approximately R200 000), for his short story, ‘Memories We Lost’. The announcement was made last night in the traditional home of the Prize, the Bodleian Library at Oxford University, UK.

‘Memories We Lost’ is about a girl who acts as protector of her sister, whose serious mental-health problems cause consternation in a South African village. Her situation deteriorates as her care is entrusted to Nkunzi, a local man who employs traditional techniques to rid people of their demons.

Mqombothi was up against four other writers, from Somalia/Kenya, Nigeria and Zimbabwe. The Caine Prize has been awarded annually since 2000, and was established to encourage and highlight the richness and diversity of African writing by bringing it to a wider audience internationally. Its focus on the short story “reflects the contemporary development of the African story-telling tradition”.

Every year the shortlisted stories are published in an anthology, along with several other notable entries. The 2016 anthology, The Daily Assortment of Astonishing Things and Other Stories, will be published later this month by Jacana Media.